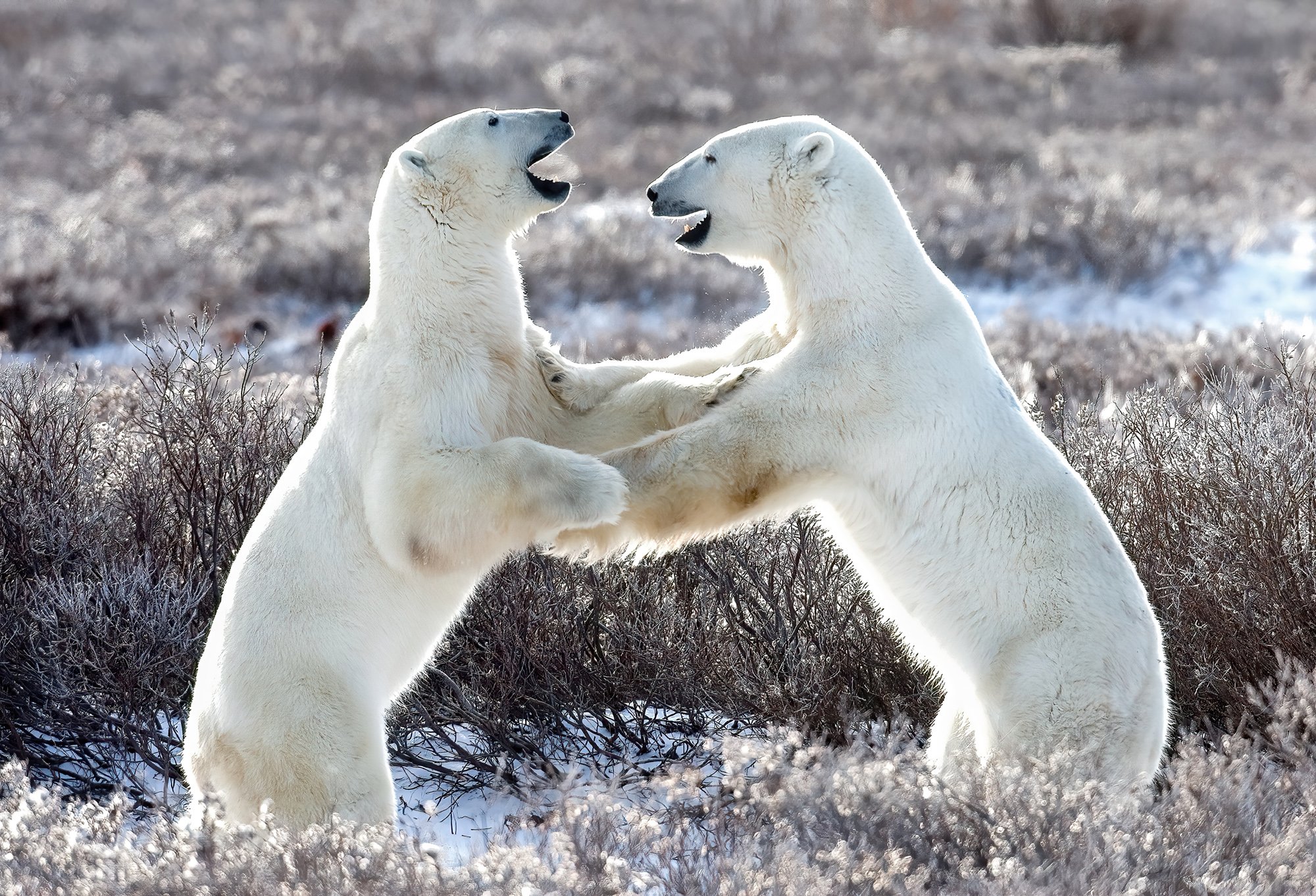 As long as I have been photographing Polar Bears, people have been asking me “why are you so enthralled with polar bears?” and while my knee jerk reaction to this question  is “because polar bears are friggin cool!” I know that there is so much more to it than that.

It is difficult to put into words what I feel when I see these majestic animals in their natural habitat, but I figured my first blog post was the perfect opportunity to delve deeper providing a more thoughtful answer to this question.

My love of polar bears began even before my first trip to Churchill Manitoba in 1999 when I was lucky enough to bear witness to the life of these awesome creatures first hand. Everything about them was impressive and I knew instantly that my first trip to the polar bear capital of the world would not be my last.

As I look inward, a lot of thoughts surface about why I have such a strong reverence and respect for these formidable animals. For me, the polar bear embodies qualities that I value deeply: tenacity, perseverance and courage just to name a few.

In the same way that the Lion is considered the “king of the jungle”, the polar bear could be considered the king of the North. They quite literally live on top of the world and they are built to survive some of the harshest weather conditions on the planet which in itself is amazing.

These beautiful creatures are natural wonders in the way that their fur and skin work together to keep them warm. It is said that the bear’s  fur has the ability to draw sunlight into the animal’s black skin allowing that light to be converted to heat keeping them warm in subzero conditions. If that isn’t a natural wonder, I don’t know what is.  Well in my own mind at least.

Polar bears are fantastic swimmers able to cover massive distances in open water. The fact that a land animal is able to plough through miles of arctic ocean with ease is nothing short of a super power. With the help of their mothers, cubs are brought out of their dens into sub zero temperatures and taught how to swim and hunt so they can sustain themselves. They may have to walk vast distances just to get to their hunting grounds on the ice flows.

Despite their massive size, they have a stealthiness about them. I loved how I could feel the power of the bear on the ground as he walked past without making a sound. How is it that such a large animal can walk noiselessly on a surface of frozen crystals? The polar bear slinks along, seemingly at a snail’s pace, covering vase amount of territory in complete silence while my boots crunch noisily on the snow.

When you see two male bears sparring it is as though you are watching a slow motion action film. The powerful punch of one bear’s paw hitting another bear sounds like a dull thud. Are they fighting or playing, or play-fighting? You can never be sure.

I found watching mothers and cubs together particularly touching. Seeing how gentle and affectionate the mother bears are with their young is something that I didn’t expect. The cubs are curious and playful while the mother is always on the lookout for danger, fiercely protective and ready to defend them at the first sign of danger.

Despite seeing their gentle side I am well aware of how know dangerous these animals can be and that is also a part of my infatuation with them. The fact that these beautiful furry white teddy bears of the north are actually skilled hunters deepens my respect for them. After all, you don’t get to the top of the food chain by being gentle.

But therein lies the incredible paradox of Polar Bears. The polar bear is fierce and gentle, mighty yet caring, powerful but vulnerable and that’s why the polar bear needs our help.

In closing I want to draw your attention to a special photo gallery on my website called “Alone”.  This gallery contains photos of a young bear that I photographed in 2020. He appeared to be an orphan, scared and confused, all alone without his mother’s guidance or protection. I’m afraid that alone he didn’t stand a chance and I doubt that he survived the winter. Seeing this little guy deeply affected me and he was the catalyst that drove me to pursue my passion for polar bears with the launch this website.

ALL profits from sales of the “Alone” gallery images and 10% of profits from all other image sales on johnnyhaywardphoto.com are donated to Polar Bears International in an effort to help the survival of this animal that I feel so passionate about.

If you care about this majestic animal and the future of our northern climate, I encourage you to take action. You can donate directly to Polar Bears International through their website: or through the purchase of one of my fine art prints where you will have a lasting reminder of your contribution. Please help me preserve the future of these vulnerable animals so the next generation can bear witness for themselves and better understand why I find the polar bear is “so friggin cool.”

Choose your next adventure...